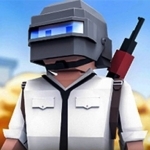 PUBG PIXEL is an online multiplayer battle royale game in which up to one hundred players fight in a battle royale, a type of large-scale last man standing deathmatch where players fight to remain the last alive. The last person or team alive wins the match. On average, a full round takes no more than 10 minutes. Enter to enjoy playing PUBG PIXEL game without any charges at friv2000.com. PUBG PIXEL is one for our amazing Friv 2000 games to play and having fun.

Use Arrow keys And WASD button to Move, Use Left Mouse button to Shoot, Use F button to Select Object, Use Spacebar button to Jump,